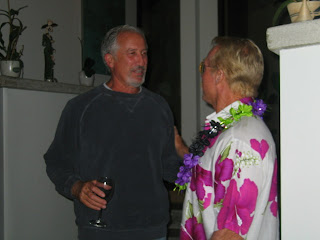 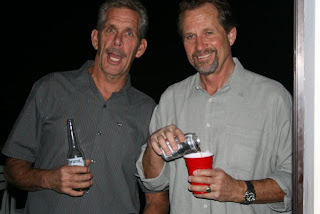 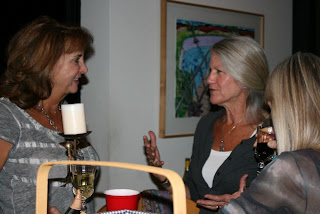 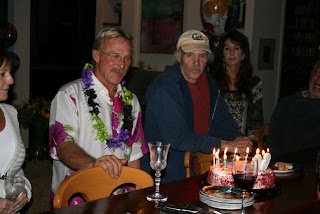 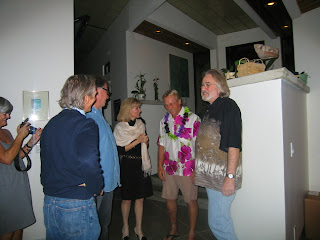 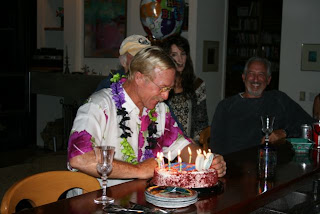 We have made it back to the "Land of Plenty" and after almost a year away I can't say how good it is to be back. We have seen some beautiful places, met some great people ( both other cruisers and locals ) and had some great times playing, but stepping off that plane onto home turf was something special. I can't really pin point it other than to say it was like coming home. It didn't hurt that we arrived during a mild Santa Ana wind condition so the air was clear and warm and since it was in the afternoon of a work day there wasn't all that much traffic on the freeways either. We were met at the airport by Suzi's Sister (Jane )and her boyfriend (Bruce) and I swear it only took us an hour after we landed before we were on our way to where Jane was storing our car. And that included gathering our luggage and going through customs which can be a real hassle in it's self. It was all so easy and we have them to thank for that. Then it was off to Laguna to reunite with all our friends there. I was told we were having a dinner for a few close friends the next night to welcome us home but as I walked in the front door of the Degen's house I was greeted by "HAPPY BIRTHDAY" !!!!
Yes, I was totally surprised by this early birthday celebration and felt pretty special to say the least. I hadn't seen most of these friends for over a year and yet they still made the effort to honor my 60th Birthday. Most of these friends are older than I but I have to say that they all looked so healthy and happy with smiles that came out of their eyes and bellies that were flat and hard. Yes, it was good coming home !!! We are now in Northern Calif. visiting my family and spending Thanksgiving at the Ranch, after that we will travel to Portland, Oregon to see Casey for a week and then back to Laguna for a little R&R. WE will post some photos of our visits after we get  back. Till then, take it easy and see ya soon !!!
Posted by Suzi and David at 5:32 PM 1 comment: 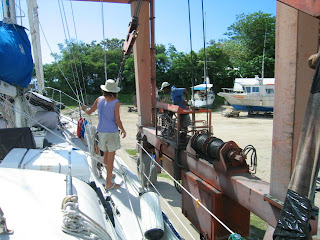 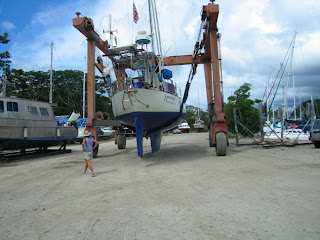 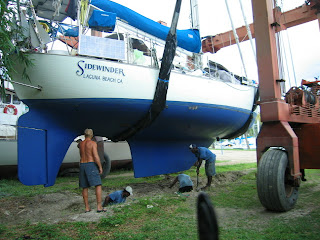 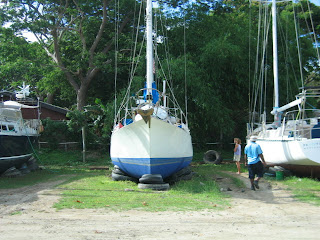 David has hitched a ride with the sailmakers in Nadi, along with our sails to be repaired, and will be back in a couple of hours. Meanwhile, I am sitting on the veranda of our little hideaway at the resort, listening to the wonderful variety of birds who hang out in the incredibly beautiful jungle trees, while I send the last of our pictures for the season. I have been working non-stop, cleaning everything inside, packing away all foodstuffs into plastic bins, throwing away unnecessary items, collecting some things to bring home for good, packing a bag for New Zealand which we will leave on our bed in Sidewinder for when we return to check on her in January, spraying the hell out of cupboards and bilge so no bug could possibly want to take residence, and thankfully swimming a little every day at the resort pool. David has been working his butt off, taking all lines down, getting the last of the fuel to fill our tanks (necessary for leaving), flushing out the engine with fresh water, winterizing the watermaker and flushing it, flushing out the head with fresh water, and Lord only knows what else he has done. We both took the sails down, quite a task itself, and we will secure the dinghy on deck tomorrow for the grand finale. Phew! We have managed to enjoy a few evenings with Ross and Russ from Worrellwind and Claudia and Brian from Skylight, including dinners and taking a taxi with Mohammed into Nadi to visit a Hindu family celebrating Diwali in their humble way, and driving around to see the lights and fireworks. (We are so spoiled when it comes to fireworks! Nothing quite compares to box canyon show put on by the crazy firemen in Telluride, Colorado!)  The pictures are self-explanatory. Can't believe we will be back home with everyone in just a few days! YIPPPEEEE!!!!!  Love to all! 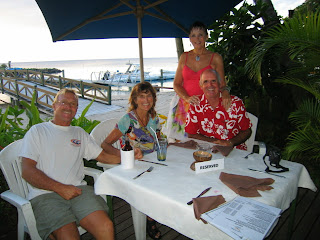 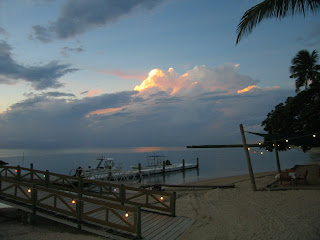 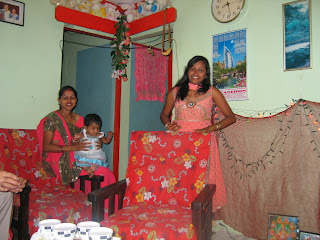 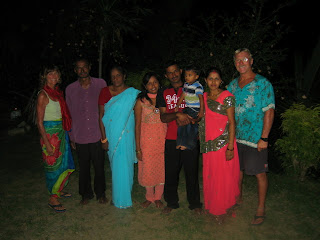 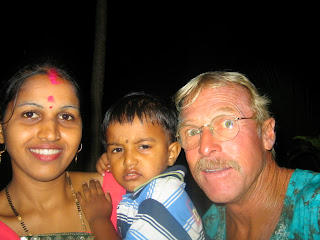 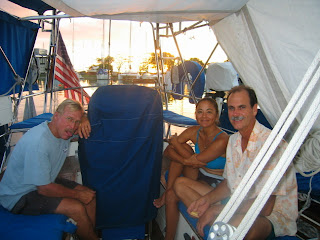 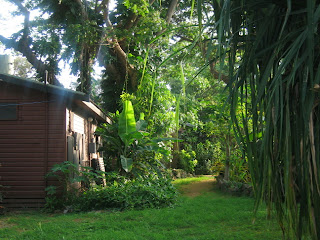 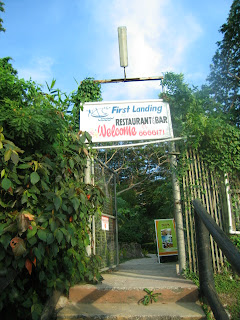 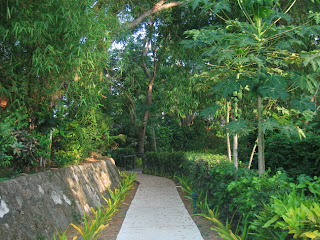 Posted by Suzi and David at 3:35 PM No comments:

This may be our last blog posting for a while as it's just a little more than a week and we will be loving life in good old So. Cal.  I think I would've preferred to come in at midnight as opposed to 12:00 noon though, driving back to Laguna will be crazy considering the last time I drove was on the other side of the road and on the small island nation of Nuie and there aren't many cars to worry about on Nuie. Not quite like LA on the 405 at noon !!!! Wish me luck.....


We are working away trying to get the boat ready to leave. We are also going through and cleaning all the lockers, putting the food stuffs in plastic containers, and then spraying bug juice everywhere. The last thing we do before we lock her up will be to bomb (more bug juice) the interior with the most toxic stuff we can find and pray the little devils don't become immune to the stuff. Of course I will go around the whole exterior of the boat and close off any teeny weeny holes I may see with steel wool and Gorilla Tape. We'll just have to keep our fingers crossed that we can keep them out, but I'm not all that confident; they are so tenacious. The photos I'm sending you are of the Marina here at Vuda Point as well as some from when Suzi went to Church with some locals. Church ended up being someone's house but they fed her and you know Suzi, she had fun. Glad I missed this one!!! The shot looking out of the Marina is where they blasted a channel through the coral reef. It's about 8 ft. deep at "0 tide so at low tide we are caught in here. I pray for no tidal waves!!!! During the cyclone season they have large metal "gates" that go across the inside channel to reduce the surge of the storm. One came pretty close a few years ago and the whole concept worked great, so once again, keep those fingers crossed for us. I better get to work as every time Suzi walks by I start feeling guilty, she's doing all the work. Then again maybe I'll just keep typing away.................... -David

David wishes he could speak for me, but, after all of this concentrated time on Sidewinder, I am still here! So, I must share my first Sunday experience in Fiji with you. Clara, the smiling worker who takes care of all the cruisers' needs at the laundry and restroom facility, told me her husband was a pastor at the little community church and, in response to my question about going to church to hear sweet music here in the area, she invited me to go with her husband, Lute, who would pick me up at 9:00 AM. Delightedly, I waited for him that morning and met him walking down the road with two kids. We proceeded to walk back up the road a fair distance of 2 km and were finally picked up by a man in a small truck. We proceeded to pick up more villagers on the way up to the top of the hill and ended up parking at a primary Muslim school, surrounded by mango trees, green grass, and scattered tiny houses, all with a fabulous view of the ocean below.


The official pastor of the missionary church was Charlie, one of the first people we picked up, along with his lovely wife, Luisa and their three children. Charlie and I spent an hour walking among the mango trees while he described the history of his ministry. As a young Fijian pastor in a new Christian church, he found the established institution way too removed from the real people and their needs, so he and his family decided to give away much of what they had, and moved to live with the poor here in Fiji. He has done much work in the city of Lautoka with the youth gangs and has brought the church to this liitle community on the hill to help the people become self-sufficient and motivated to do their best. He is hoping to bring some technical training to them so they can improve their homes. Lute was one of the men on the street in Lautoka who became friends with Charlie, and now he assists him in the community.


I did not find the incredible music I was anticipating that morning, but a found a houseful of wonderful, warm, friendly people who embraced the essence of who I am. They shared tattered books of hymns written in Fijian so that I could sing along, and they welcomed me to share with them my story as part of their Sunday morning celebration.They were amazed that I would make the effort to come be with them, and I truly felt blessed. The taxi truck brought us back down the hill, and Clara's husband, Lute, and children invited me to share a meal with them. Emily, the oldest child, taught me how to say my numbers in Fijian, and we sat on the floor eating fresh fruit and fish with our fingers. They all accompanied me back to Sidewinder in the afternoon, and they were delighted to meet Captain David whom they had prayed for wholeheartedly during the service, and lo, and behold, there he was, feeling quite chipper after all of these days of feeling sick. My new friends hope we will return this next Sunday so that we can share a bit more of their lives with them. If not this Sunday, I will see them when I return after hurricane season. I would love to help them in some way.
WOW! [Home in] 11 Days!!!  YIPPEE!  - Suzi

There is so much to be done here; my visit just made me so much more aware of the reality. Life is hard, even in paradise!
Posted by Suzi and David at 8:49 AM No comments: